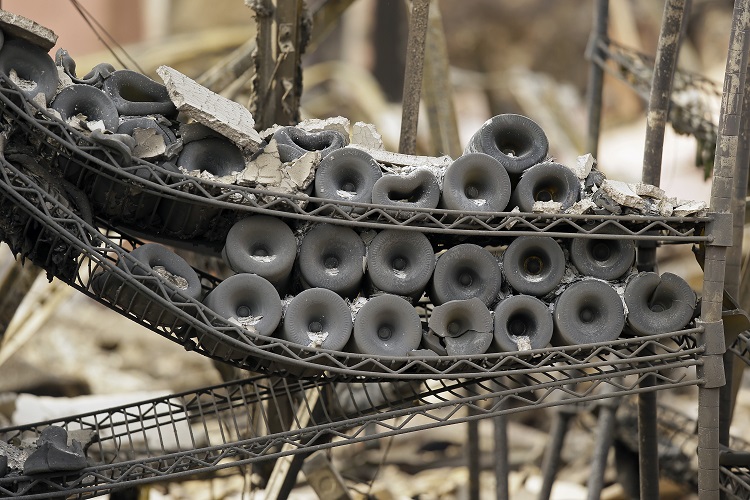 The Tubbs Fire was the most destructive wildfire in California history, burning parts of Napa, Sonoma, and Lake counties in Northern California during October 2017, and affecting the city of Santa Rosa, California the most. It was one of more
than a dozen large fires that broke out in early October and were simultaneously burning in eight Northern California counties in what was called the “Northern California firestorm.” By the time of its containment on October 31, the fire was
estimated to have burned 36,810 acres (149 km2), and at least 22 people had been killed in Sonoma County by the fire.
Storybook Mountain Vineyards was one of those affected heavily by the fire.

Calistoga winemaker Jerry Seps braved the roar of the fire up and down a winding road with just buckets in hand to put out what he could and stop the fire from destroying his property. The fire was brutal and took out what it could. The heat
destroyed and melted wires, devices, hardware, solar equipment, and many interlaced cabling that was spread across the vineyards. Advanced Networks was able to assess the damage within a few days of entry to property. Assessment damage to network was at a 15,000 price mark for all wireless, network and infrastructure. Within a 72 hour starting point, the infrastructure was laid out. The network was setup via 4G Business Routing System and Phone Connectivity was established via VOIP IP phones utilizing a broadband satellite connection. This was a quick setup while
the Electrical Team, The ISPs and Carries worked out their damage to the local regional points of entry. Storybook Mountain Vineyards was able to continue their business 2 weeks after the initial fire and continue their hard work and product they bring to Napa County and the rest of the world. Although the fire burnt lots of product, Jerry was able to rebuild and continues today to profit in business including expansion with his new Technology Infrastructure in place.